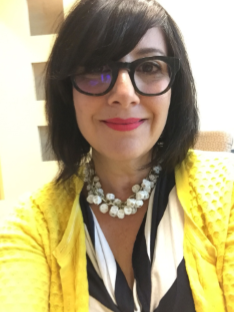 As of March 18, 2020:
Due to Coronavirus emergency, research help is via Ask a Librarian.

Hi, I'm Stella Beratlis, one of the MJC librarians and the library liaison for the Science, Math, and Engineering division.  I love working with students at any stage of their research. I can help you in person at the reference desk, by phone (575-6245), or by email (beratliss@mjc.edu).
This is a general guide for students interested in locating information related to biology using library resources available at the MJC Library & Learning Center.

It is a best practice to use a personal content management tool to organize your own reference material which could be articles, data sets, books, websites, images and more. These tools will save you time and allow you to work more efficiently. Reference management software programs, web tools, and browser extensions allow you to organize your research, collect and cite sources, create bibliographies in a variety of styles, add your own notes and keywords to your citations. Many reference managers work with word processing software to format in-text citations and bibliographies for papers and theses, allow you to share references, and enable you to attach or link PDFs to a citation record.

Definitions of what is primary or secondary differs across the disciplines. For the sciences, this is how we would define the different types of sources:

Primary source literature in the sciences:

Secondary source literature in the sciences:

Tertiary sources in the sciences:

Characteristics of primary sources in the sciences include: 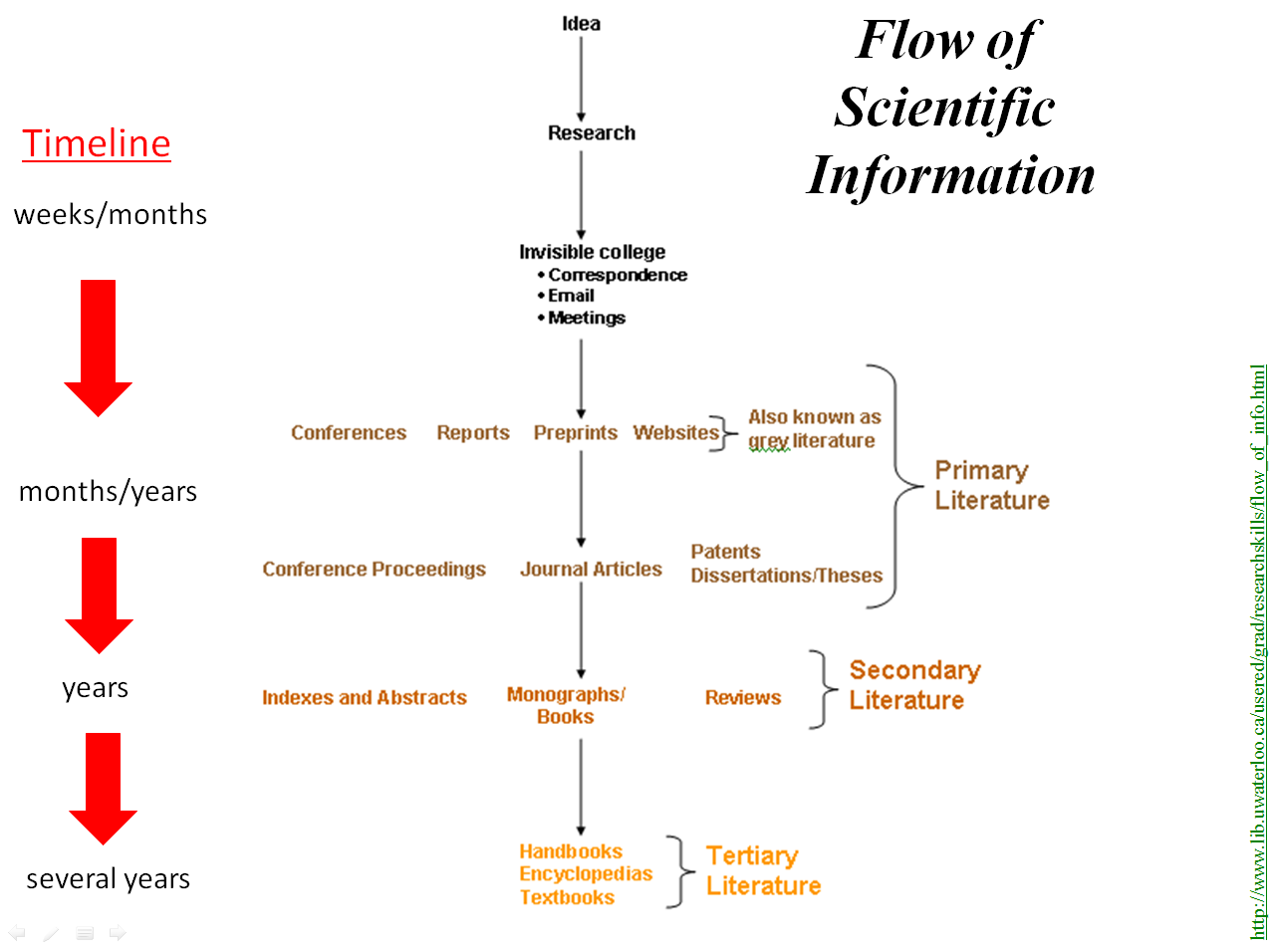 What's the Full Title of the Journal Abbreviation?

Scientific publications often include citations that have abbreviated journal titles. For example:

In this example, Plant Pathol. stands for the journal Plant Pathology. To identify the title of a journal that you are looking for, consult the following guide to Scientific Journal Abbreviations (created by Kevin Lindstrom, Univ. of British Columbia):

You don't want to wade through millions of Web pages. By using a few tricks, you can focus your searches relatively easily to those authoritative, reliable sources you want to use.

You can search Google Scholar below:

One of the best ways to begin the Web portion of your research is by identifying top-level sites. It works like this:  Think of what kind of information you want, and then try to think of an agency, organization, or institution who tracks and publishes information on that topic.  For instance:

Top level sites will not only be a likely source of high-quality information on your topic, but will also often provide links to other relevant sites that you can use to learn more about your topic.

Other ways you can identify appropriate top-level agencies include:

You need to ensure that you're using the highest quality sources of information for your academic work. As you gather information for your research project, you'll look at many different sources: books, articles from databases, Web documents, interviews, videos, and more.

You can feel pretty confident that books you get from the library and articles you find in the library's research databases are reliable and credible because you know those have gone through a traditional editorial process; someone or some group has checked all the facts and arguments the author made and then deemed them suitable for publishing.  You still have to think about whether or not the book or article is current and suitable for your project but you can feel confident that it is a credible, reliable source.

Use the CRAAP Test for Credibility

Finding information today is easy; it's all around you. Making sure the information you find is reliable can be a challenge.

You can feel pretty confident that books you get from the library and articles you find in the library's databases are reliable because someone or some group has checked all the facts and arguments the author made before publishing them. You still have to think about whether or not the book or article is current and suitable for your project but you can feel confident that it is a trustworthy source.

Make sure each and every source you plan on using in your paper or research assignment passes the CRAAP test. 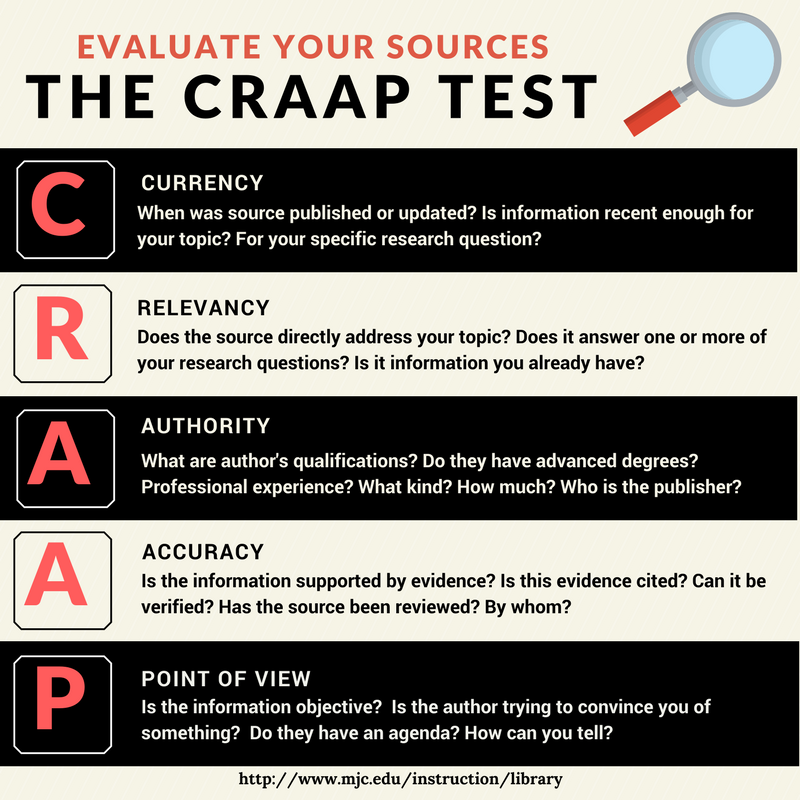 Watch the brief video below to see how this works.

The MJC Library & Learning Center has a number of resources that can help and librarians can lead you to web resources that may also be useful. In addition to contacting the MJC Writing Center to get help with your papers, the following are some recommended books and web resources to help you write well:

The MJC Library & Learning Center has a number of resources to help you with your presentation; check the resources below or make an appointment with a librarian:

Images, songs, videos, other non-textual works are covered under intellectual property laws, even if they don't have a copyright symbol. If you're looking to use an image, make sure you either use public-domain work (no permission or attribution required) or look for material which is licensed for use (try searching for images licensed through Creative Commons).

However, for instructors and students, in general, images used in a classroom presentation, for a scholarly lecture, or in an unpublished assigned paper, fall under the concept of Fair Use or the TEACH ACT.  Fair use is an exception to the exclusive rights granted by copyright. For further information, consult Circular 21 of the United States Copyright Office. So you don't necessarily need to ask for permission. However, you still need to provide an attribution for the image; technically, a entry for the image should go into your References list as well.

Keep in mind that if you want to present your image in a PowerPoint, it should be at least 72dpi, and about 1024x768 pixels.

Your image source should be attributed with both in-text citation as well as a corresponding entry in your References list.

Use a Caption: A reader should not have to refer to the text to understand the image. Explanatory text should include title, owner/artist and where the image is stored. In APA you must provide a copyright attribution in addition to citing item when you reproduce it in the body of your work. See Publication Manual of the American Psychological Association, 6th edition, 2.12. p. 38.  For educational projects, look to instructor's instruction for further guidance.

In general, citing images can be complex. But don't fret; just do the best you can. Find photographer or artist's name; a date the photo was taken or when the image was created; where the original is stored; and where you found it (URL or publication information). Construct a citation as best as you can with that information.

The MJC Library & Learning Center has a number of resources that can help and librarians can lead you to web resources that may also be useful. You will be using APA (American Psychological Association) citation rules for your work in the sciences. The following are some recommended resources to help you cite sources:

Whether you mean to do it or not, plagiarism is stealing. This brief video from Eastern Gateway Community College explains plagiarism and shows you ways you can avoid it.

Plagiarism does not apply only to written works; it also applies to images, graphics, charts, music, videos, etc. that you use in your research.

This form of Academic dishonesty applies to individual as well as group work and may result in partial credit, no credit, or failure of the exam or assignment. In addition, your instructor may forward the situation to the Office of Student Success for further disciplinary action such as suspension or removal from the course or college in accordance with the YCCD Board Policy and Procedure 5500: Standards of Student Conduct.

Consequences of Plagiarism at MJC

Plagiarism does not apply only to written works; it also applies to images, graphics, charts, music, videos, etc. that you use in your research.

This form of Academic dishonesty applies to individual as well as group work and may result in partial credit, no credit, or failure of the exam or assignment. In addition, your instructor may forward the situation to the Office of Student Success for further disciplinary action such as suspension or removal from the course or college in accordance with the YCCD Board Policy and Procedure 5500: Standards of Student Conduct.

Watch How to Use Word to Format a Paper:

This video also has written instructions at the end.

Click the link below to read or print the step-by-step instructions that accompany this video.

The American Psychological Association also make help available to you on their Website. 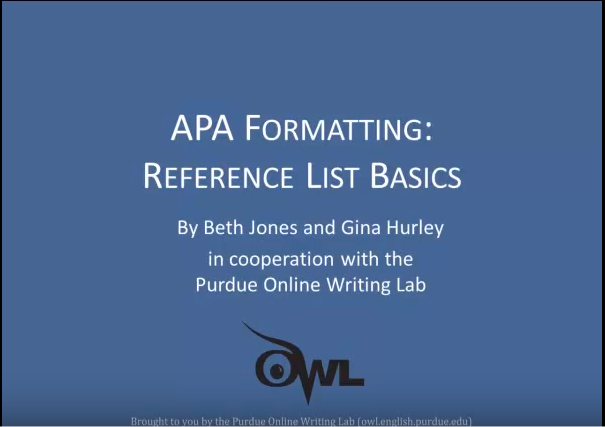 Use the links below to see examples of source citations.

Don't forget to -- when in doubt -- verify the accuracy of any citation example by using the Publication Manual of the American Psychological Association.

The APA tells us that a digital object identifier (DOI) is a unique alphanumeric string assigned by a registration agency (the International DOI Foundation) to identify content and provide a persistent link to its location on the Internet. The publisher assigns a DOI when your article is published and made available electronically.

APA recommends that when DOIs are available, you include them for both print and electronic sources. The DOI is typically located on the first page of the electronic journal article, near the copyright notice. The DOI can also be found on the database landing page for the article. You may need to view the .pdf format of a document to find the DOI.

All DOI numbers begin with a 10 and contain a prefix and a suffix separated by a slash. The prefix is a unique number of four or more digits assigned to organizations; the suffix is assigned by the publisher and was designed to be flexible with publisher identification standards. Here are examples from the APA Style Blog:

What To Do If There is No DOI:

Not all publications have DOI numbers assigned to them yet. Use this flowchart to determine what to do if your publication doesn't include a DOI. Click on the picture to see a larger image of the flowchart. 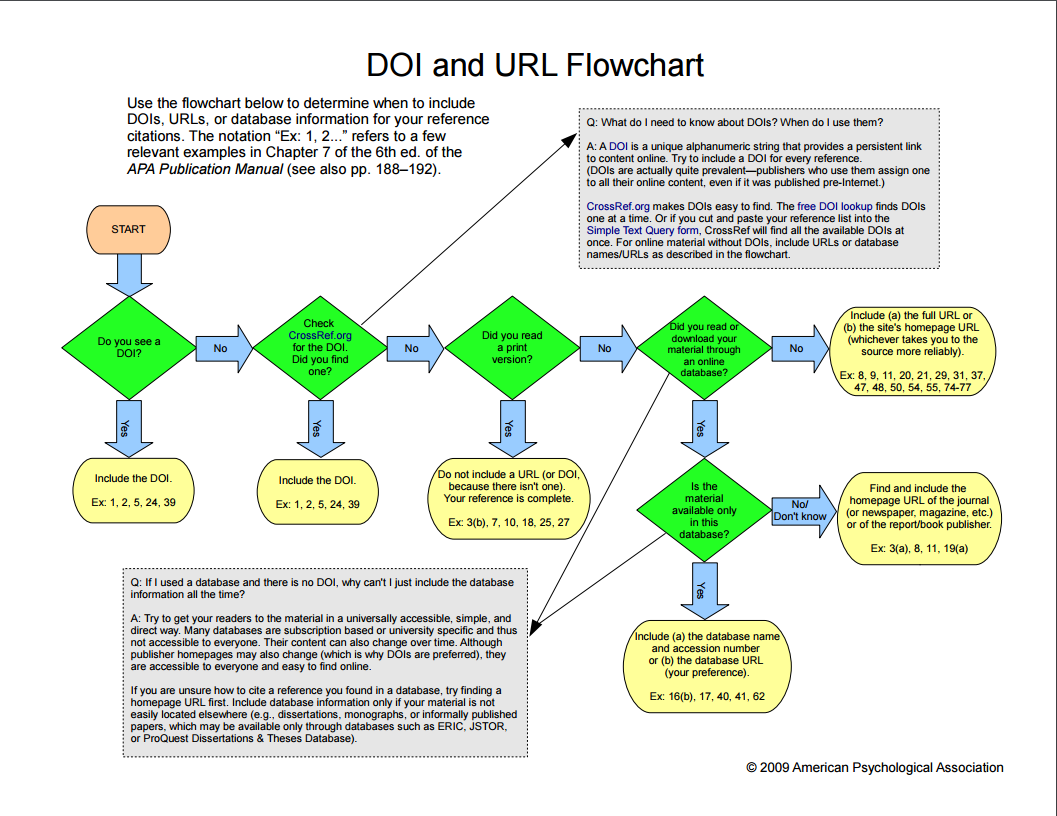 Use CrossRef to Find a DOI:

Use the author-date citation system for citing references within your paper.

The quote below appears exactly as it does in Joanna Santa Barbara's article on child-rearing in the Encyclopedia of Violence Peace and Conflict.

This sentence takes the information above and puts it into your own words.

Studies have shown that Americans just don't approve of spanking like they used to (Santa Barbara, 2010).